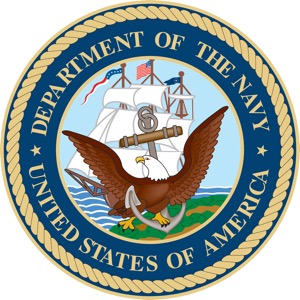 So this is a big week for me, 40 years ago, in 1976, a young man just out of high school stepped off a bus in San Diego. Awoken the next morning to the sound of a metal trash can being thrown down a barracks passageway, a loud voice yakking at the top of his lungs to get our of the “rack” and hit the “deck”….

I joined the United States Navy wanting to learn about nuclear power and ride submarines, little did I know at the time I would spend 30 years in the Navy, starting as an E-3 and retiring as a Commander, O-5. I spent the next 10 years basically doing the same job as Chief Information Officer for Naval Reactors, just in civilian clothes as a Senior Executive Service member. I got to be interviewed by Admiral Rickover, who was the father of the Nuclear navy, got to know several junior officers who would go on to be three and four star Admirals, one became the Chief of Naval Operations. I got to work directly for four Directors of the Naval Reactors Program, one who is now the Chief of Naval Operations and overall work with some of the navy’s finest minds and individuals at Naval Reactors.

I have had a great run that is about to run out in the next 4 months when I hand up my work shirt for our RV adventure. I have a great wife and partner for the past 33 years, two wonderful kids in Jonathan and Erin.

Not really anything to complain about and even if I wanted to complain, it would only be at myself, since I do believe and try to live by the Rickover principle of responsibility…you need to make life your own, you need to own it, you are the one responsible for it. I think there is great wisdom in the words and want to share them with you. Read them, think about what they mean, and read them again. They are still true all these decades later.

Responsibility is a unique concept… You may share it with others, but your portion is not diminished. You may delegate it, but it is still with you… If responsibility is rightfully yours, no evasion, or ignorance or passing the blame can shift the burden to someone else. Unless you can point your finger at the man who is responsible when something goes wrong, then you have never had anyone really responsible.