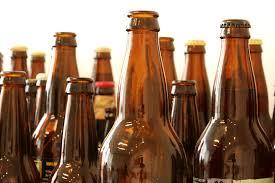 Getting closer to retirement and now that I have hit the magic 99 days, it reminded me of the song “99 bottles of beer on the wall” you take one down and pass it around, 98 beer of bottles on the wall… this is a song we sang while we were growing up and camping as a family, on those long drives, but I don’t remember getting very far on the countdown before we switched to something else. By the time I remember camping as a family, it would be with my parents and 5 of the 7 kids, as the two older ones had run off and both joined the U.S. Navy.  We used to camp in a travel trailer, usually a weekend a month and we would all pile into the car, a green Plymouth Fury III I think, that would pull a very small “Scotsman” travel trailer with a large canvas room the kids would sleep in.

Later, my parents got a big Chrysler Station Wagon, yes the one where you faced backwards in the third row which I am sure today would be highly illegal and violating all the child protection statutes and OSHA rules, but hey, this was the early 1970’s.  With this large 8 cylinder, gas guzzling car with all that new pulling power came a new 30 foot or so “Prowler” travel trailer that slept more.

I am sure my 87 year old Mom will fill in any details and correct my memory about the exact vehicle and trailer combinations and such, but this is the best I can do…I am going to claim brain damage due to all the time spent operating Nuclear Power plants in the Navy….yea that is my story and I am sticking to it…..

I also tried to find a picture of the 1980’s vintage Allegro RV my parents traveled around the US for several years….

Ok Mom, your turn to set the facts straight…..

That being said, the clock is really ticking, we only have a little over  a month until Erin’s wedding and soon after we will get ready to move out of the Townhouse and into the Bus!