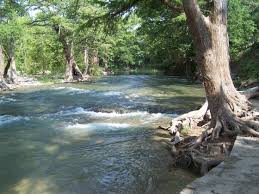 So it has been awhile since I last posted.  After traveling through an unexpected ice storm, which I do not recommended ever doing again in a 40,000 lb RV, the overpasses were especially dicy, we were going like 25 mph on the interstate.  We were about 1/2 way here and although they were putting sand down, it was slow going and way too much white knuckle driving, so next time I will do a better job checking the weather and if I encounter it again, I an going to pull over and spend a day or two until the road is clear.  Here are a few pictures of the ice build up.  Never again is my vow.

When you travel south in the winter, you expect a certain amount of warm weather to  be enjoyed. The benefit of RVing is just that, follow the 70s weather systems.  Unfortunately, that is not how our January trip to Texas played out. First when we saw the forecast we planned to stay ahead of it, then the temperatures were dropping very quickly.  The drizzle started freezing onto the windshield and building. It seemed the defroster/blower on the dash wasn’t managing to keep the frost off.  Thinking I could melt the ice by warmer air, I got out the hair dryer and plugged it into the outlet by the dash. Whalla! 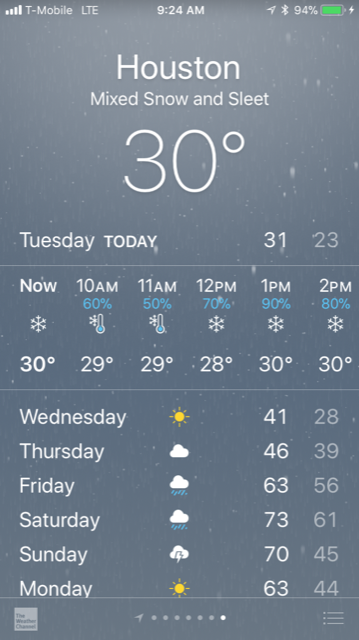 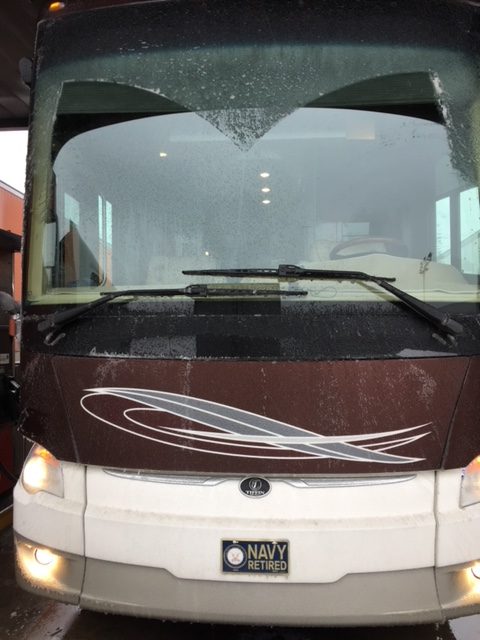 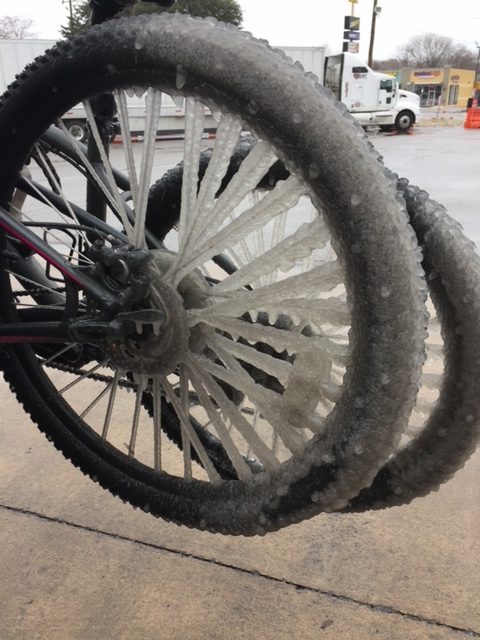 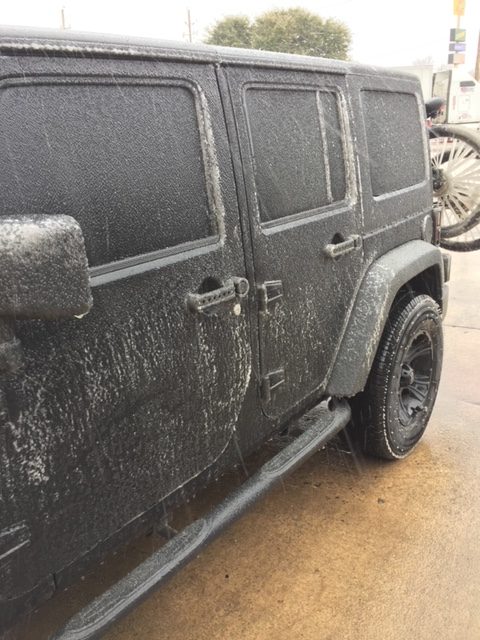 We have been camping out here in New Braunfels, Texas for about a month and we plan to be here until early March before we head out on our western expedition.  We have friends Jack and Alesia in the area, and some RV friends, Greg and Cori  are here in the campground.  In addition, we meet some other RV folks who are friends with Greg and Cori, so now we have an ever expanding family of RV folks.  We wanted to take some time and recharge.  In addition, we decided to get some medical appointments taken care of, with this opportunity to be in one place for a while. 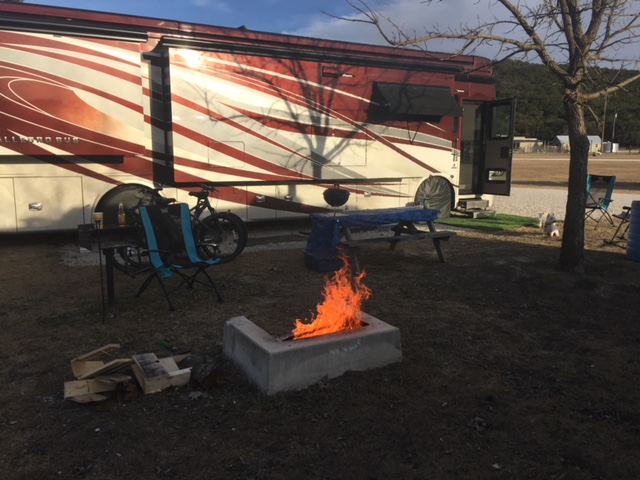 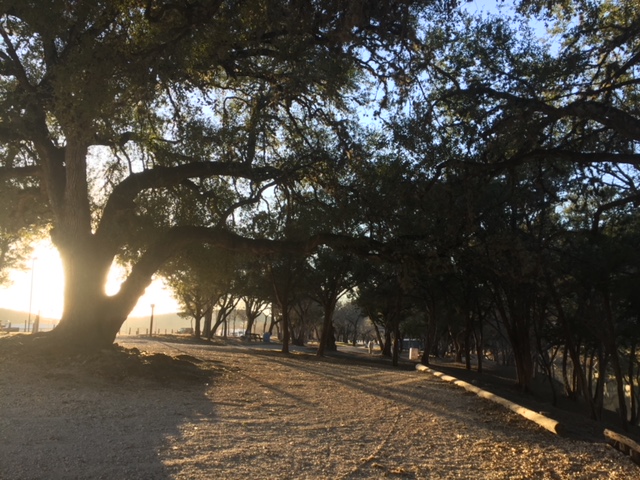 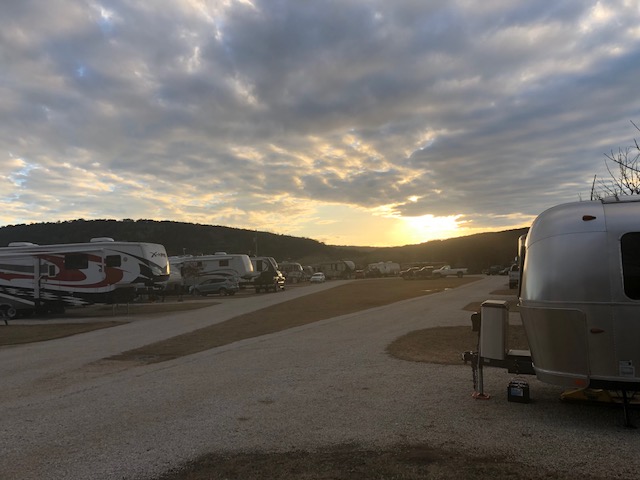 Luck was in our favor as Cathy wanted to get some outpatient surgery done, we found a great civilian doctor who was retired Army and took Tricare Insurance.  He also had an opening so we did not have to wait weeks to get in to see him.  We were able to get the surgery taken care of and since his office was just a few miles from Jack and Alesia’s house we were able to stay there for a few days to get Cathy’s recovery going.  Everything has worked out fantastic so far, Cathy is on the mend, walking and we are back at the RV.  We have a follow up appointment next week and will see the doctor before we head out of the area.

So from a planning purpose, it has been great, everything lined up and as I told Cathy it was meant to be since there were quite a few moving parts to get strung together.  We also got a great surprise visit from Erin, who also had a few things line up so she could come out a see us on the day of Cathy’s surgery and spend a few days with us.  She found round trip direct flight for like $200 from Virginia to San Antonio and the airport was nearby where the surgery was, so imagine Cathy’s surprise when she walked in during recovery.  She coordinated with Jack and Alesia, so I was in the dark until she showed up at the surgery center.  We all had a great visit for a few days before she headed back to Virginia. 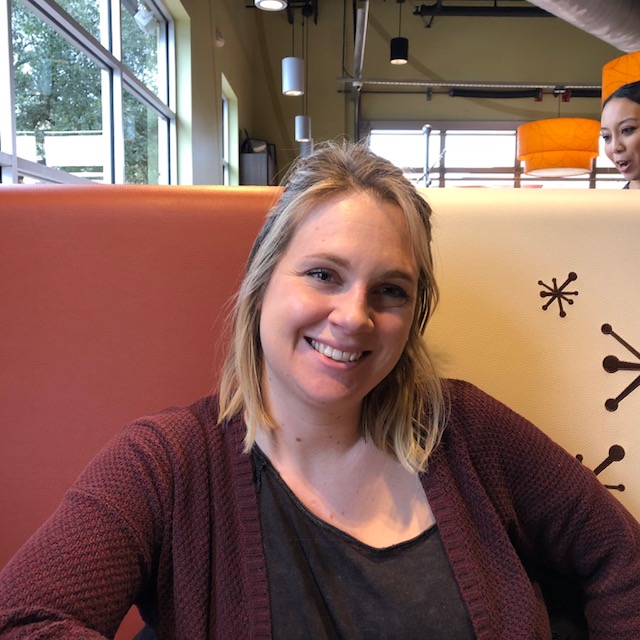 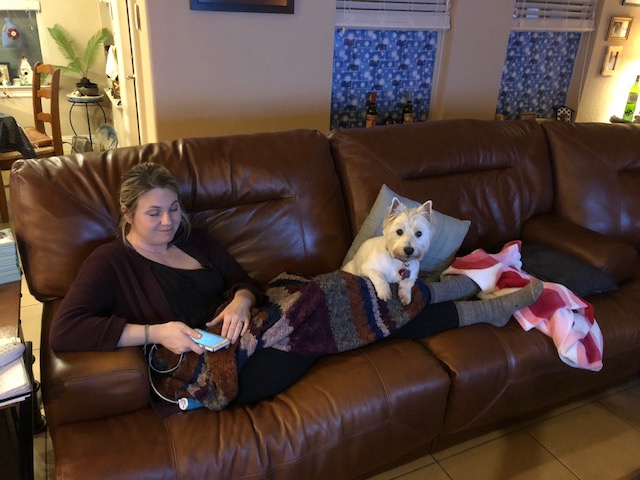 I was also doing a few projects around the RV, building some jack stand wood blocks and replacing the open style bathroom faucets that were hard to keep clean.  so here are just a few pictures of the recent events. 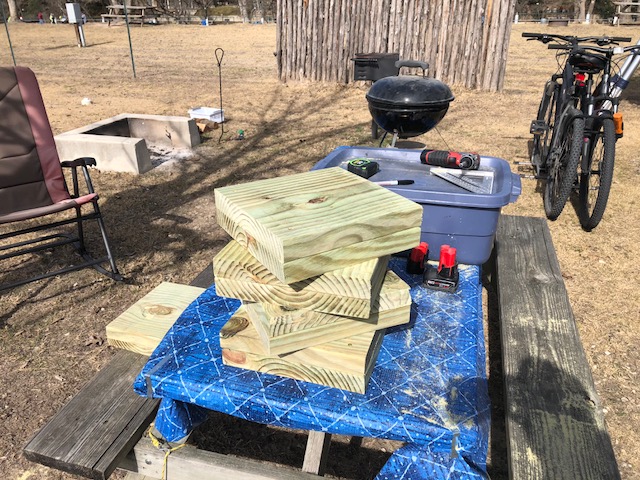 Well, time to end this post, I leave you with two technological thoughts.

Our next stops are in Arizona so I will post in early March when we arrive.  We both hope you enjoyed the update.